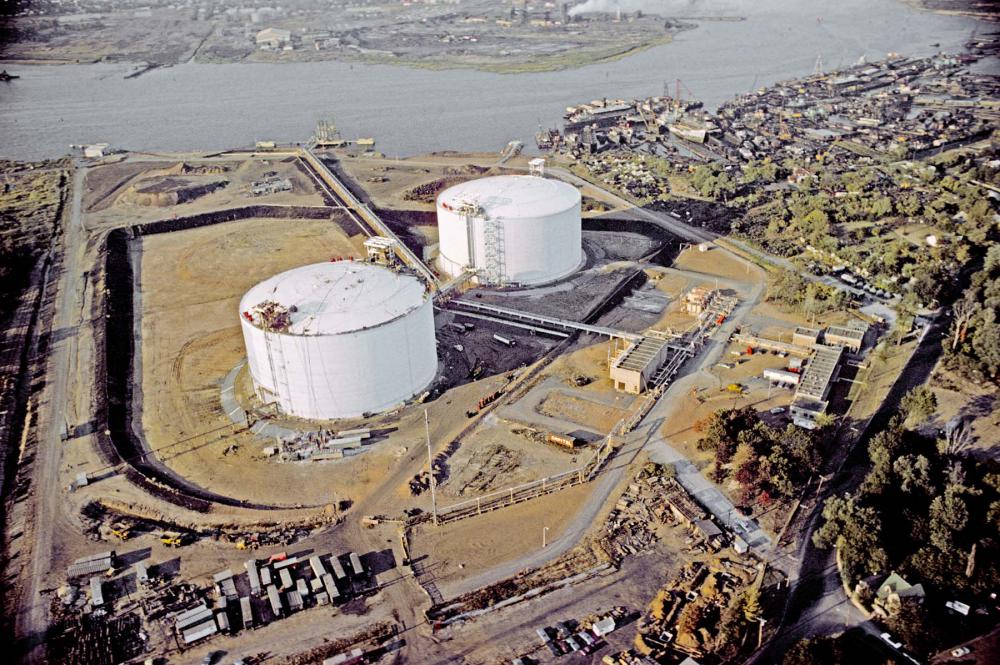 As the demand for LNG storage tanks grew, so did expectations for their capacity. The Distrigas Corporation LNG tanks shown above were designed with an exterior diameter of a 240' ID x 120' SWD and were over 145' in total height, making this PRELOAD-constructed system the largest LNG storage tanks in the world at the time of their completion.

The tanks also matched their massive size with superior strength. According to a 1975 PCI Journal article, the tank design provided highly redundant system that "furnishes safely against lateral buckling several hundred times greater than comparable metallic structures of the same radius." In fact, the tanks had the capability to withstand the horizontal impact force of a Boeing 747 at a speed of 230 mph without failure. This is due in large part to the superior structural features that are customary with all PRELOAD prestressed concrete LNG storage applications.